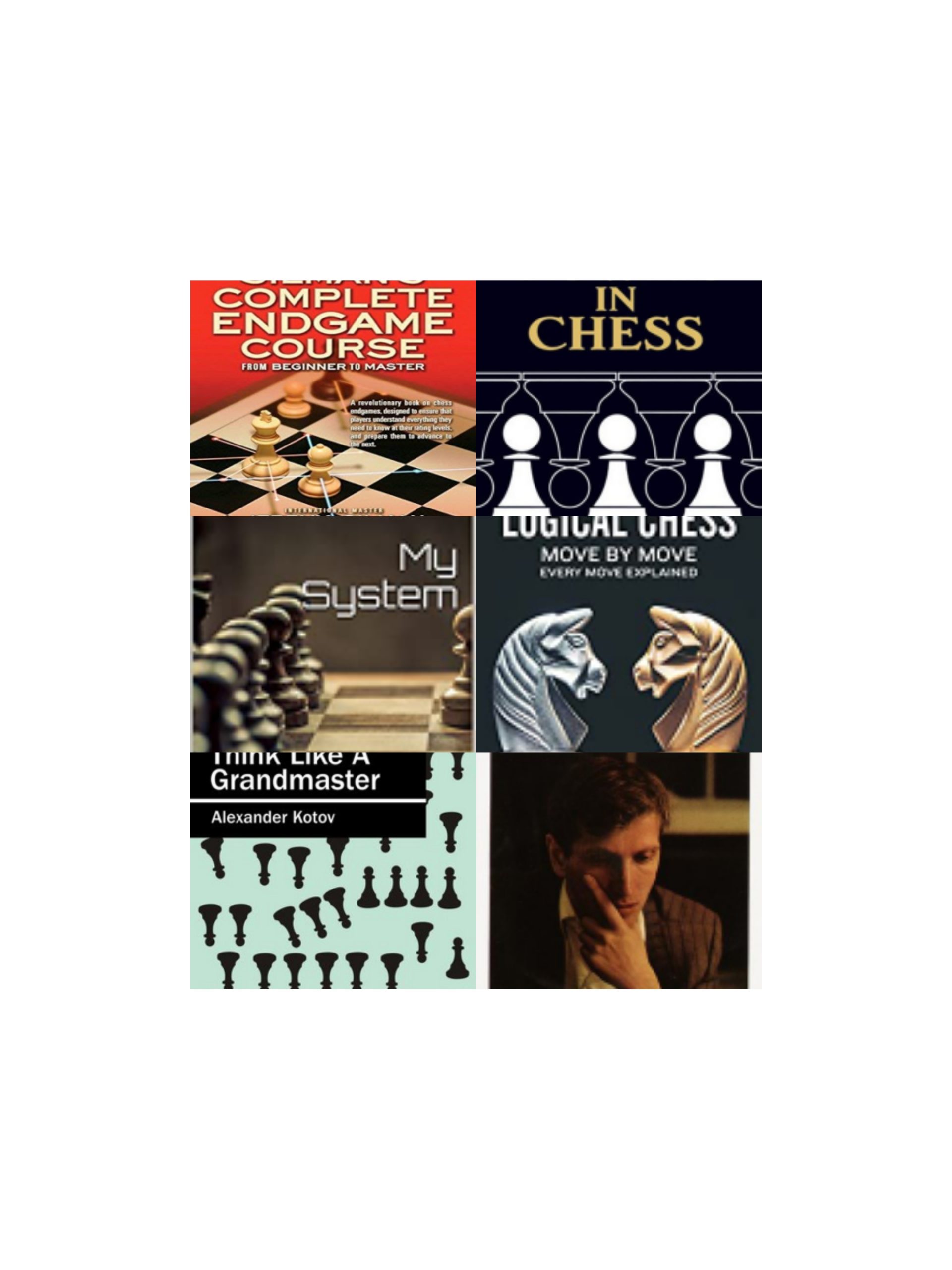 A huge portion of chess players gets stuck on the intermediate level. It’s more difficult to precisely time your tactical moves than to apply basic tactics to your gameplay. This is why attaining mastery in chess is a reality for just a handful of players in comparison to the overall population of chess players. In an attempt to improve the narrative, we’ve compiled some of the best chess books for intermediate players in this article to help you improve, so stay tuned!

The book introduces the three stages of a chess game in its first chapter and emphasizes the middle game and end game in subsequent chapters. A chapter is also dedicated to general theories like initiative, attacks, and motifs. The book closes with an analysis of some of Capablanca’s best games.

Most of the puzzles are based on finding checkmate with particular emphasis on combinations that explore back rank weaknesses. Most of the referenced games in the book were picked out of Fischer’s real games.

3. My System by Aron Nimzowitsch

This book is one of Aron’s most notable contributions to chess. The Latvian-born Legend introduces numerous concepts through this 3-part book. The first part of the book is called “The Elements”; the second part is called “Positional Play”, and the third is called “Illustrative Games.”

He listed The Elements of chess as:

These details along with the in-depth breakdown of chess in other parts are why we considered My System to be one of the best chess books for intermediates.

This popular book is rated 5/5 in both Barnes & Noble and Flipkart. That tells you most of what you need to know about how reliable this book is in terms of improving your game. The endgame is arguably the most complicated phase of a chess game, and IM Jeremy Silman, the American chess writer, found an effective manner of outlining and simplifying the key components of the endgame.

If you have little or no idea what Trebuchet means, or Cat And Mouse, or Lucena and Philidor positions, then this book is for you.

Paul states in this book that the amount of opening knowledge required for every player depends on the ambition and how much time one is willing to spend on chess. It means that the opening is extremely vast, and it’s practically impossible for one to master it all.

But in this book, Paul highlights some major openings and their variations. Reading this book would give you a heads up of different opening traps and tricks. It would also show you how to structure different opening systems in your favor.

This book was originally published in 1959 by Hans Kmoch, an Austrian-American chess player, arbiter, author, and journalist. Pawns are typically overlooked by beginners, but if you must raise your game to the next level, you must acknowledge the true power of pawns.

All you need to know about pawns is explained in this iconic chess literature, from en passant to promotion. You’re guaranteed to come across more pawn-associated terms you’ve never heard of, like Luff and Quart.

You might not know Irving Chernev as a chess player, but as an author, you should know him. He points out 33 detailed games in this book and analyzes the reason for each move. Some moves serve more than 4 purposes. Sometimes, you find just one or two.

Your ability to recognize opportunities defines your gameplay level. A good read will show you why it is one of the best chess books for intermediate players.

This is one of the best chess books for intermediate players because if you aim to be a grandmaster, the worst you could get is other official master titles, which is also a great achievement! This book reveals all the underrated details on how to play chess properly. For instance, you stop hoping for your opponent to make an obvious mistake.

9. My 60 Memorable Games by Bobby Fischer

Sometimes, the seemingly natural conditions play an important role in the turn of events. From the song he heard on the radio when he rose from bed on the match day to the gum he was chewing at the game; all the details matter sometimes. Fischer doesn’t just select and analyze some of the best games he has ever played in this book, he also shallowly talks about the psychological battles behind them. This uniqueness makes it one of the best chess books for intermediate players.

There’s no way we could end this article without recommending a book on puzzles and exercises. This book published in 2007 puts your theoretical knowledge to the test. In the process of doing that, it cements these crucial tactics and strategies into your core memory. Its technicality is the ideal instrument for intermediate chess players that are willing to take the next leap; that’s why it’s in our list of the 10 best chess books for intermediate players.

Let us know which book we might’ve missed!