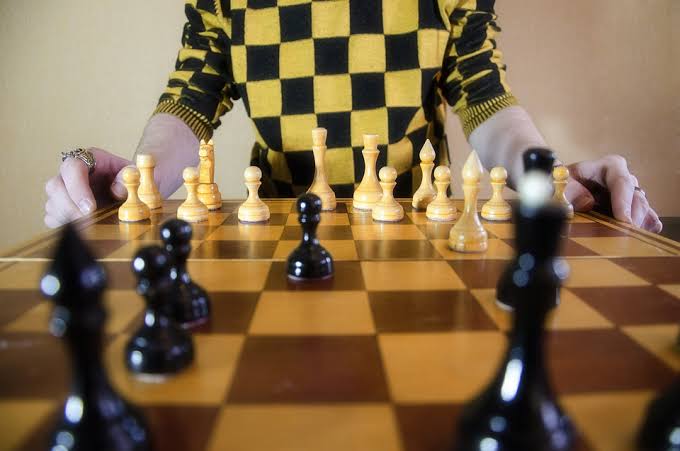 Chess is a game played by two players on a checkered board which has 64 squares. Chess is a strategic and tactical game representing “a war scenario” where two kingdoms fight each other in an attempt to triumph over the other. In this game, we say that a particular side has won when the opponent’s king has been “checkmated”, we would properly understand what this means in future.

Chess is one great game that models “real life”. Chess to many people is just a game of 32 pieces on 64 squares fighting to capture each other’s king but what most do not realize is that chess is a miniature version of life as you need to be flexible, assess risk, make quick decisions and build up a positive mindset. There are lots of lessons and skills to be learnt from each game played. Some of the benefits includes;

1. It helps in decision making.

Some Common Misconceptions about Chess

Where Do I Start From?

To play and enjoy chess, It is necessary that you get a chess board. In the market, there are different sizes of chess boards, getting a small and cheap board is sufficient (like those magnetic boards).

To accompany a chess board, you can also decide to get a chess clock for timing the game. With a chess clock, you can fix a particular amount of time that you and your opponent will use to play the whole game. However, a chess clock is more expensive than a chess board, but no worries as you can easily install a chess clock app on your smartphone easily. Lichess also has an offline clock feature which makes it a very cool app.

REVEALED: How To Earn Money From Chess Online

How Useful is Chess?

Chess is a great mind sport that is beneficial for all ages. There are also other numerous benefits associated with chess. Some businesses use chess as a model for their business strategy, Some countries like Armenia have made chess as a compulsory school subject, many schools are beginning to see the potentials of chess and are including it in their curriculum or making it an important extra curricular activity.

Understanding the Chess board, Pieces and Movements

The chess board has 64 squares called “light” and “dark” squares. The horizontal rows i.e lines going up (1 – 8) are called “RANKS” and are numbered 1 through 8.
The vertical columns i.e lines from left to right are called “FILES” and are given letter a through h. Each square has a name, based on the rank and file to which the square belongs to.

For example “e4” is a square in the middle of the board. This notation makes it possible for a player to be able to record the game or a particular position for future reference, it’s also entirely possible to play chess without the board using just the board notation to play ( i.e you must be able to use your mind to visualize a real board and calculate positions)

Chess Pieces and their Descriptions

In a chess game, there are two sides, white and black, each side consisting of 16 pieces. Each of these pieces have their designated names and symbols.

These are like the little soldiers in the game. They are mostly used to determine the way the game would proceed i.e whether it would be a closed, open or semi closed game. Pawns move in a straight line and can only enter another line when it captures a chess piece. On its first movement, it can move twice or once, but after that, it only moves one at a time. Once a pawn moves forward, it can’t move backward, they are the only chess pieces that cannot go backward after they have gone forward.

Another interesting features of the pawns is that, once they get to the opponent’s last rank, they can be promoted to a bishop, queen, rook or knight. Note that a pawn can’t be promoted to another king as you can’t have more than two kings (white and black) on the board.

Bishops move diagonally in a chess game i.e they move in an “X” way. By the way, diagonals are rows of squares of the SAME COLOUR slanting across the board.

Rooks move vertically and horizontally in a chess game i.e they move in a “+” manner. They can move to any square on the chess board as far as “the vertical and horizontal rule is obeyed”.

The queen is the strongest piece on the board and moves vertically, horizontally and diagonally. The queen has the combined power of the rook and the bishop which makes it the most valuable piece after the king in the game.

The king is the most valuable piece in the game, as the game is lost if the king is checkmated. The king moves one step at a time horizontally, vertically or diagonally.

SEE ALSO: 20 Chess Terms And Definitions You Must Know

Now, we would assess the value of the pieces in a chess game so that we can be aware of what to try to capture and what to protect.
Pawns – 1 point
Knights – 3 points
Bishops – 3 points
Rooks – 5 points
Queen – 9 points
From the above information, we can see that the queen has the highest number of points which makes it the strongest piece on the chess board. The knights and bishops have the same amount of points though the bishop is said to be stronger than the knight in most cases especially in open games. Notice that the king value is not included above because the king never leaves the board in a chess game, it can only be captured or checkmated but it can’t be taken off.

HOW TO SET A CHESS BOARD

We have two sides, white and black. Let’s take a look at the white side;
On the 2nd rank, we set up eight pawns and on the 1st rank, we set this from left to right: Rook, Knight, Bishop, Queen, King, Bishop, Knight, Rook.
Most players confuse the position of the Knight and Bishop, and the Queen and King so here are some helpful tips:
– The white king stays on a black square while the black king stays on a white square.
– The white knights after it has been set must be able to move to the c3 square or the f3 square on it’s first movement.

Don’t forget to follow this blog and receive notifications of new posts quickly.

Also Check Out: 10 Best Games Of Alexander Alekhine That You Must Know