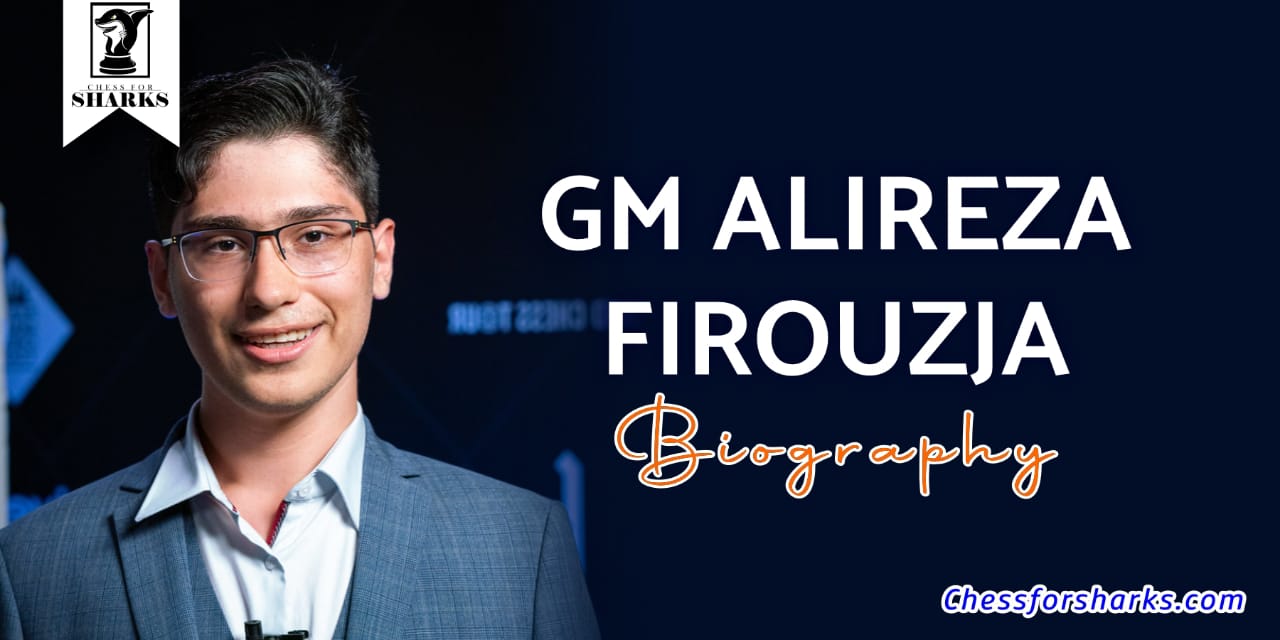 Some have already declared Alireza Firouzja a future World Champion. It’s no surprise as the young chess superstar has taken the chess world by storm in recent years. We’ve seen him make headlines on many matters that make chess enthusiasts have high hopes for him. But how much do you know about the prodigy? Does he have any hobbies that keep his mind fresh and ready to compete?

Alireza was born in the City of Babol, Iran on the 18th of June, 2003. He has only one sibling, an older brother named Mohammedreza who is also a chess player. Alireza Firouzja practices Islam, which is no surprise given his background. GM Alireza enjoys a private life and as a result, we’re unable to tell if he’s in a romantic relationship, if he owns any pets, or if he has any hobbies. Although he seldom posts, to learn more about the world’s favorite junior, check out his Instagram @alirezafirouzja.

It is currently unknown if Alireza Firouzja has any formal education. Due to this, we have reasons to believe that the 18-year old is being homeschooled.

He started playing chess at the age of 9 and received guidance from GM Ivan Sokolov who was working closely with the Iranian team. Alireza showed a lot of promise in his first 3 years as a chess player by being the youngest ever winner of the Iranian chess championship in 2015/2016. He would later attain his International Master(IM) in the same year(2016).

2016 turned out to be a rollercoaster year for the prodigy as he had lots of defining chess experiences. He played board 4 for Iran in the Asian Nations Cup and drew against the then top junior in the world, Wei Yi. Later on, a match was set up between the two of the hottest prospects in Iran; Alireza Firouzja(13) versus Parham Maghsoodloo(16), but Parham proved too strong for the fresh teen as Firouzja lost 3-0.

In one of his best performances, Firouzja bested 5 grandmasters, including 3 German grandmasters in the 2017 Aeroflot Open. This outstanding performance gave him a Tournament Performance Rating of 2746, his highest at the time. He got his third GM norm in the 2018 Aeroflot Open and was awarded his title in April 2018.

His GM title gave him the motivation he needed to take on the world. He featured in several elite tournaments, going shoulder to shoulder with some of the best in the world. His resilience earned him a spot in the 2022 Candidates’ Tournament. And more recently, the young Iranian broke into the 2800+ club, the youngest player ever to do so and is now ahead of other super grandmasters like Caruana, Nepo and Ding, sitting on the #2 rank just behind the world champion, Magnus Carlsen.

To his surprise, the arbiters awarded the win to Magnus Carlsen. It took the intervention of the chief arbiter as other arbiters were having a hard time deciding the game. Chief Arbiter Takis Nikolopoulos presented the rule to Alireza and showed him a possible scenario on the board that could give Carlsen a win by checkmate.

Afterward, Firouzja claimed that Carlsen was speaking loudly in Norwegian and hence, distracted him. He went ahead to write an appeal which wasn’t granted.

The conflict between Iran and Israel has lasted since the Cold, so it’s not surprising to see that Iran does not formally recognize Israel as a state. This conflict has extended to chess as Iran openly forbids her athletes from competing with Israeli athletes. In the 2019 World Rapid and Blitz championship, some Iranian players had already faced two Israeli players, and the consequence was the outright withdrawal of all her athletes by the Iranian chess federation.

This move forced Alireza to discard the Iranian flag under FIDE to bypass the ban. It demonstrated his love for the game and to what length he’d go to remain focused. He eventually finished the World Rapid Championship, with a neutral FIDE flag, as the runner-up behind Magnus Carlsen. In 2021, he completed his transfer to play under the French flag.

2021 ushered some more controversies into the young superstar’s career. The 83rd Tata Steel Masters had unusual rules that prevented Firouzja from going into tiebreaks, regardless of having the same points as the top-placed player. Like that wasn’t frustrating enough, the arbiters suggested that Alireza’s final game be transferred to another table while the game was ongoing.

The game continued and ultimately ended in a draw, causing Firouzja to finish fifth. Tongues wagged about the whole situation, and Alireza was visibly irritated. Eventually, the organizers had to calm the storm by issuing a formal apology.

Alireza presents a fine level of dynamism in his play. He demonstrates his calculative and aggressive style with entertaining combinations. Quite interestingly, he also knows when to sit back and squeeze out a draw from an unfavorable position. His speed has given him an edge over other elites. Hikaru Nakamura described Alireza Firouzja as one of the top 3 players in a one-minute bullet alongside himself and the World Champion. He often plays the Ruy Lopez with White and the Sicilian Defense with Black.

Alireza Firouzja V Magnus Carlsen
1-0
Aimchess US Rapid, 2021
It took just 35 moves for GM Firouzja to land a checkmate against one of the chess GOATs. Carlsen’s choice to play the Scandinavian Defense rapidly took a wrong turn. Firouzja never allowed the World Champ to settle into the game as he kept throwing attacks at the Norwegian. A beautiful checkmate in 4 moves sealed the win for Alireza. The final position was somewhat beautiful for the prodigy and embarrassing for the World Champion.

Hope for the future?

“In Alireza Firouzja, I see a young Anand” -Ivan Sokolov

“I would say that I was really really impressed by his performance in the Grand Swiss and that motivated me more than anything else.” -Magnus Carlsen

That wasn’t the only time the World Champion expressed his admiration for the young Iranian-French chess sensation. He revealed, shortly after his match versus Ian Nepomniachtchi, that it is highly unlikely that he’d play the next world championship match if the challenger is not Alireza Firouzja. He never fails to acknowledge the intensity Firouzja brings to the table, and he understands a stage like the World Chess Championship needs that intensity.

Alireza Firouzja has the backing of several players and spectators alike to go all the way and become the World Champion. It may even be a fulfilled prophecy made by Firouzja. A 13-year old Alireza Firouzja responded to an interview by Susan Polgar by comparing himself with Carlsen and Karjakin. He declared that he will be stronger and not many people doubt these words.