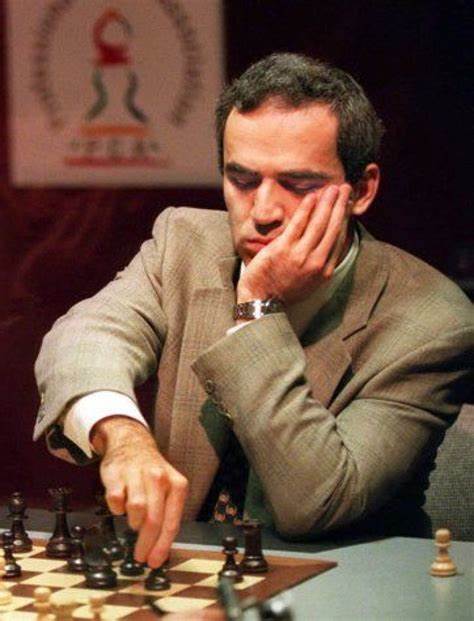 As a chess fan, you must’ve wondered what a match or even a game between some World Champions across different eras would look like. Imagine Emanuel Lasker Vs Viswanathan Anand, Jose Capablanca Vs Magnus Carlsen, and even a formerly possible Bobby Fischer Vs Garry Kasparov. Fischer was born 9th of March 1943 and was just 20 when Kasparov was born. The age gap is similar to that of Magnus Carlsen and Viswanathan Anand, but Fischer and Kasparov never played an official game.

Why? Well, despite being born at the time of Fischer’s dominance, Kasparov wasn’t at a level to compete against Fischer yet. 1969 to 1972 was a period when Fischer was at the peak of his powers. 9-year old Kasparov, on the other hand, was a child still learning the ropes of the game. If Fischer had stayed longer in the game, maybe we would’ve seen a Bobby Fischer Vs Garry Kasparov matchup, but there’s no such record in history.

Fischer practically retired from professional chess after his title was forfeited to Soviet Union’s Anatoly Karpov in 1975. Fischer went to isolation for 20 years before returning to chess action in 1992, a period when Garry Kasparov was World Champion. Fischer commanded the match to be referred to as the “World Championship match” declaring himself the true World Champion.

Chess fans will always remember how close it was for a Bobby Fischer Vs Garry Kasparov match to happen when a 2800-rated Kasparov said, “Bobby is playing OK, nothing more. Maybe his strength is 2600 or 2650. It wouldn’t be close between us.” Since there’s no Fischer Vs Kasparov game, let’s enjoy the differences, similarities, and what a match would’ve been like between the players.

Bobby Fischer played for the United States and became the 11th World Champion in a time when the Soviet Union dominated. He never lost his title in a match but by forfeiture to Soviet player Anatoly Karpov. Garry Kasparov, also from the Soviet Union, claimed the title in 1985 after defeating Karpov in a match.

Check Out: World Chess Championship: Taking A Walk Through History

Garry Kasparov reached a peak rating of 2851 in 1999, while Bobby Fischer’s peak rating of 2785 came in 1972. Although they were active at different times, several methods have been devised to compare their ratings. Raymond Keene and Nathan Divinsky wrote a book that attempted to create a rating system that compares the strength of players in different eras. They considered the games played by the players against other top 64 players. The result put Garry Kasparov top with a 3096 Elo rating, Anatoly Karpov with 2876, and Bobby Fischer with 2690.

Of course, many would doubt the accuracy of this source, because Fischer was “head and shoulders above the rest” in terms of rating during his active days. Sonas rating system also compared players from different eras. It presented different data according to duration, that is one-year peak, five-year peak, ten-year peak, etc. Bobby Fischer had the best data for a one-year peak with a 2881 rating, while Garry Kasparov dominated other duration lengths.

Sonas also used Chessmetrics to evaluate the annual performance ratings of the players. Bobby Fischer was top with 2895, while Kasparov was a close second with 2886. Although Kasparov was dominant for most years.

What others said about Bobby Fischer Vs Garry Kasparov

Other top players and journalists have weighed in on the Bobby Fischer Vs Garry Kasparov discussion. Viswanathan Anand declared Fischer the greatest and acknowledged the difficulties he faced during his days. Anand also acknowledged Kasparov for being at the top for so long.

SEE ALSO: GET OUR “LEARN AND MASTER THE GAME OF CHESS” EBOOK ON AMAZON—

Fischer had several movies dedicated to his life, while Kasparov has just one documentary film. Although Kasparov played a key role in the production of the mega-hit miniseries, The Queen’s Gambit.

Most people describe his playing style as the right way to play chess. Fischer never played for a draw. He had an outstanding knowledge of positions and was never afraid to make stunning sacrifices that drew applause from the crowd.

They Both Had A Rebellious Attitude

Before Fischer agreed to play the World Championship match in Iceland as opposed to his preferred Yugoslavia, the prize fund was increased. Fischer forfeited the second game of the match with a complaint about the press. Fischer refused to defend his title against new challenger Anatoly Karpov because his three principal demands were not met. The event started his long hiatus from chess.

Kasparov, on the other hand, rebelled against FIDE due to financial limitations. He convinced his challenger, Nigel Short not to play the World Championship match under FIDE but the Professional Chess Association(PCA). PCA was an association he created. The split lasted 13 years, and Kasparov referred to it as the world mistake of his career.

Also Check Out: Does Josh Waitzkin Still Play Chess?: A Biography Of The “Forgotten” Champ

They Both Played Against Former World Champion Boris Spassky

Kasparov played against Spassky 8 times, and the score was balanced. 2 draws, 2 losses, and 4 draws are the outcomes of their encounter.
An interesting game by the legends 1990 game at Linares where Kasparov won with the white pieces in 29 moves.

In record, Fischer played against Spassky 56 times. He lost 11 times, won 17 times, and drew 25 times. Their 1972 match was dubbed The Match Of The Century.
An interesting game between the two was the fourth game of the championship match. Fischer won with the black pieces in just 27 moves. The sacrificial 27…Bxa4 move demonstrated Fischer’s understanding of the position.