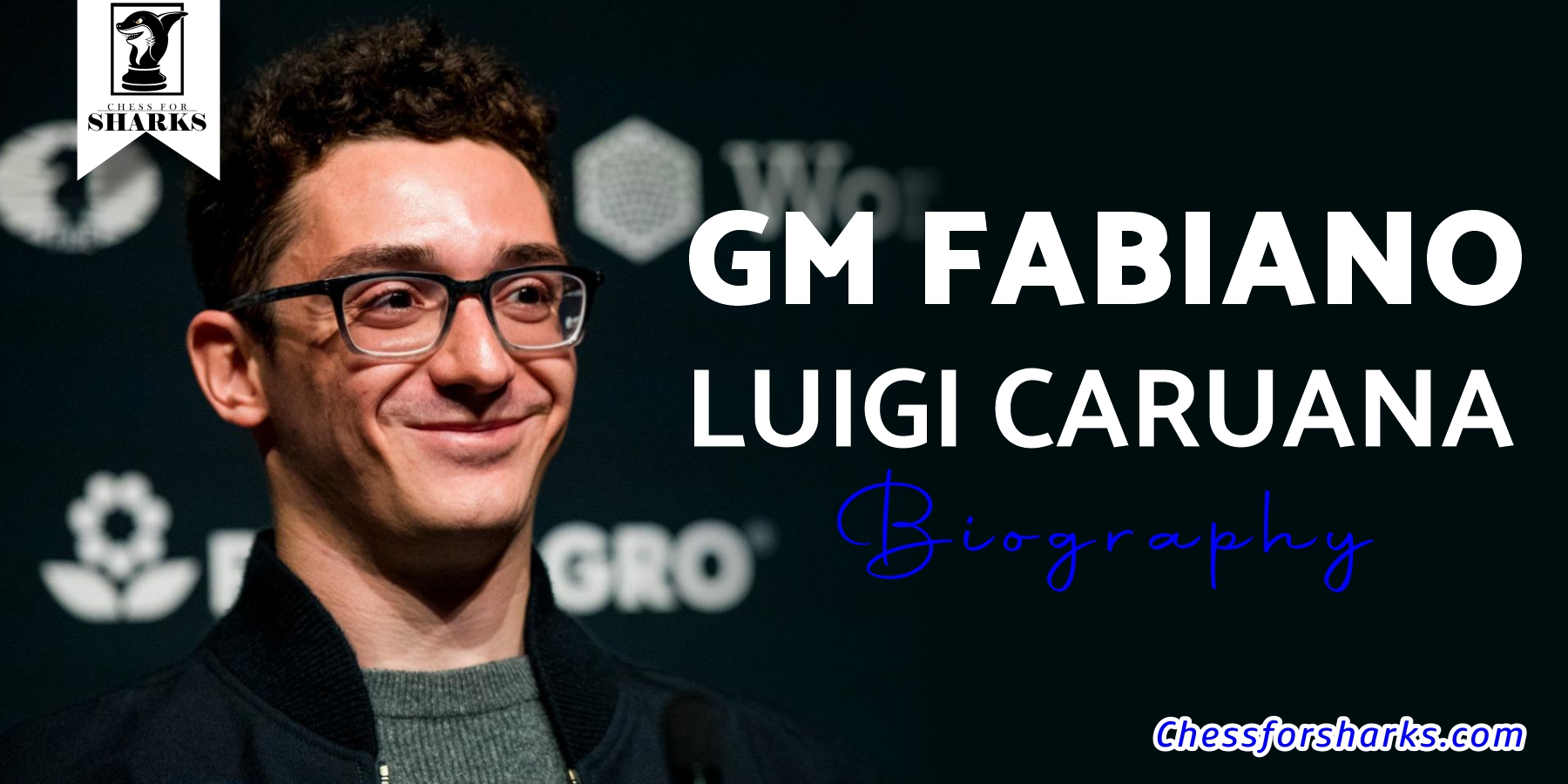 He might not be in the GOAT debate, because he’s yet to be crowned champion of the world, but is Fabiano Caruana worth a mention in the debate?

What has he accomplished so far as a chess player to make him fit right into the circle of chess greats? In this post, we take a look at GM Fabiano Caruana, his playing style, his journey to the top, the reasons behind his dual-citizenship, and more.

Fabiano Luigi Caruana was born on the 30th of July 1992, in Florida USA to Italian parents. This is how he came to have dual citizenship. National Master Bruce Pandolfini was the first to coach his chess talent which was first discovered at a chess program in 1997. He traveled a lot as a young child to partake in tournaments across Europe and South America.

Homeschooling allowed him to focus on chess, and with the strong support of his parents, he went on to become the youngest American to become a grandmaster at the time, a record since surpassed by the likes of Awonder Liang and Ahbimanyu Mishra. When he’s not sharpening his skills on the chessboard, Fabi enjoys swimming and yoga practices. He’s currently unmarried and without children.

If you love to admire nature, then you should consider following him on his social media (Instagram@Fabianocaruana). He has reportedly amassed a net worth of $2 million by being a professional chess player.

Like we already said, he was homeschooled. This means that he has no formal education.

We all already know how close Fabiano Caruana came to being the apex individual in the chess world. His famous World Chess Championship match in 2018 was the first time, since 1972, that an American would appear in the tournament. But how did the elite player climb up to the highest point in chess?

Fabiano Caruana was first coached by NM Bruce Pandolfini, and the young prodigy at the time was also coached by GM Miron Sher when he was eight and later trained with IM Boris Zlotnik, GM Alexander Chernin, and most recently in 2010, GM Vladimir Chuchelov. He became an International Master at age 13 and without slowing down, claimed the Grandmaster title the following year. He claimed 7/9 when he won the First Saturday tournament in Budapest, Hungary.

Caruana further proved his GM title by becoming the youngest ever Italian Champion, a title he would win three more times before transferring back to the United States Chess Federation. The Italian Championship is one of many tournaments won by the world elite. In his enviable cabinet, Fabi has the US Championship in 2016, Norway Chess, Grenke Chess Classic, Sinquefield Cup, which he spectacularly won in 2014 with a performance rating of 3103, among others.

It is safe to declare his 2014 Sinquefield Cup win as the peak of his powers as he achieved his current peak rating of 2844. This is a rating that is the third-highest since the inception of Elo ratings. He ranks just behind greats like Magnus Carlsen and Garry Kasparov.

His journey to the very top of world chess didn’t come without its fair shares of struggles. In 2015, he won the FIDE Grand Prix to qualify for the Candidates’ Tournament the following year. Despite his excellent performance, he fell short of Sergey Karjakin by finishing runner-up and missed out on the 2016 World Chess Championship. He didn’t relent though as he went one better in 2018 to finally claim a right to challenge for the honor of being called the World Champion of chess.

In standard time, he showed his strength against Magnus Carlsen and drew all 12 games against the Norwegian.

He, however, fell to the power of speed in Rapid tiebreaks as Magnus Carlsen bossed Fabi 3-0 to retain his title. Being the previous challenger earned him the right to partake in the 2020 Candidates’ Tournament(later postponed halfway to 2021) where he performed well but below his usual standards by tying for third place and once more, losing on tiebreaks to ultimately finish fourth.

His longevity as the World Number 2 is one reason why we still consider him a strong favorite to dethrone Magnus Carlsen as the World Champion. Perhaps, if his speed complemented his strength, Fabiano would eliminate his disadvantage faster players like Carlsen and Nakamura. He currently ranks 7th Rapid time control and 14th in Blitz. Next, we look at what makes this player unique on the chessboard.

“I preferred to attack all the time and loved sacrificing pieces to get at the enemy king. I played like that for quite a long time…” said Fabiano Caruana. Currently, one could say that Fabi’s style is significantly different from his statement above. He now prefers to “not rush the flow” and slowly pick apart his opponent. His style is both tactical and strategic. This means that he prefers to place pieces on solid squares and wait for a lapse by the opponent for him to pounce with a string of deadly attacks.

It is owing to this style of play that 12 draws out of 12 games were dished out in his match with Magnus Carlsen in the 2018 World Chess Championships.
As already stated, Fabi does not like to rush affairs on the board. This is why he’s relatively slower than his elite counterparts. His favorite opening repertoire is the Ruy Lopez with White. With black, it is the Najdorf variation of the Sicilian. When in the mood to attack more with Black, he opts for the Caro-Kann defense.

Now we look at a game that typically depicts the playing style of Fabiano Luigi Caruana.

As expected, GM Caruana played the Berlin Defense of Ruy Lopez in this game. Rather than being the side that initiates most of the attacks, Caruana responded with solid replies to all So’s threats. The latter resigned after a blunder on move 41. Wesley So knew that his opponent was not one to miss out on punishing a bad move.