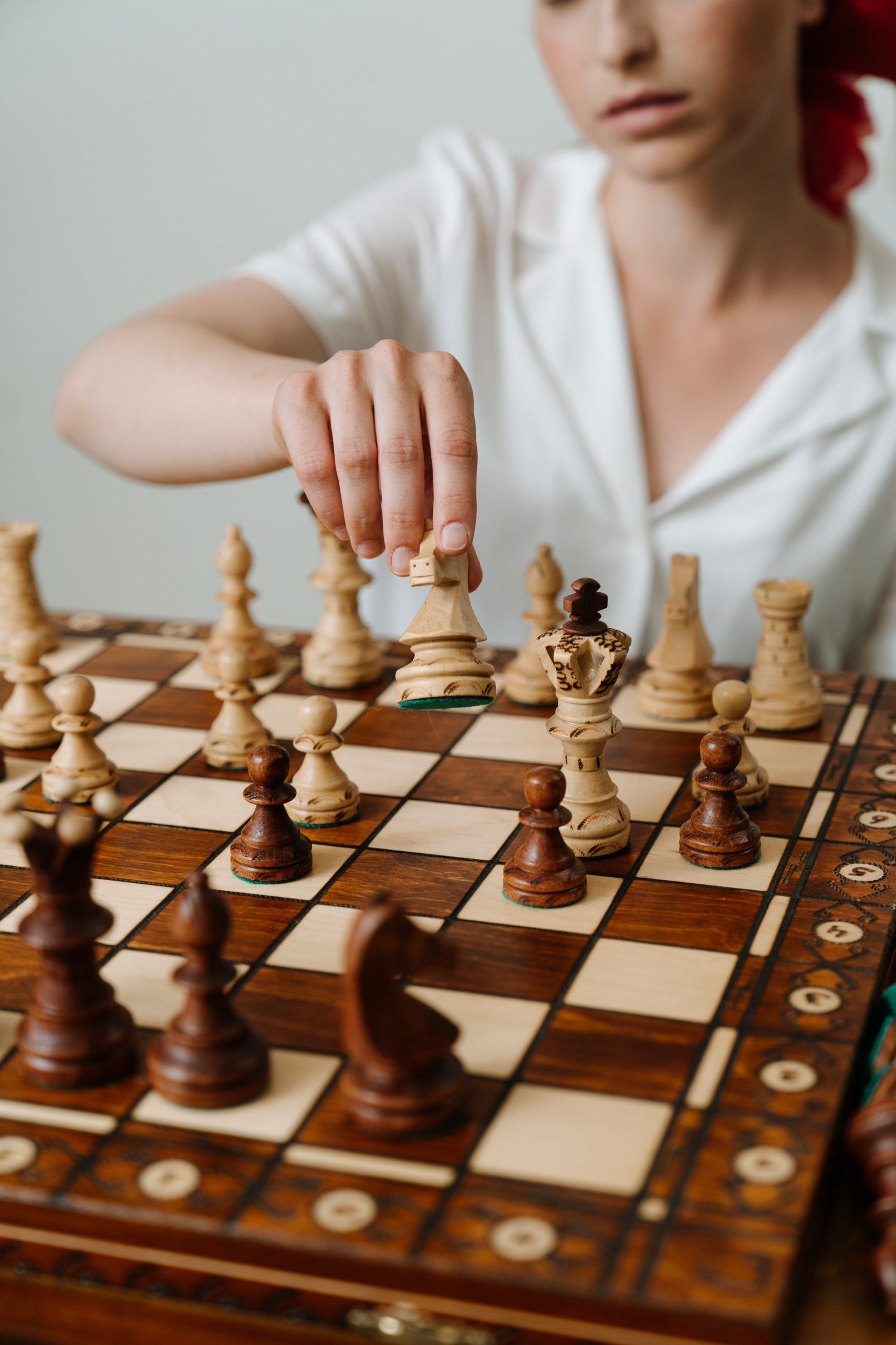 How do chess pieces move?

Perhaps you’ve completed How To Set Up A Chess Board. Now you’re asking yourself, how do chess pieces move?

Look no further if you want to learn how to move all chess pieces. You’ll be shocked at how simple it is. Although chess might be difficult to master, you’ll have little trouble understanding the basics and playing the game right away after reading this piece.

In chess, the players take turns making their moves. You cannot skip a move or pass even if it means losing the game. You have already learned the names of the six chess pieces; the pawn, knight, bishop, queen, rook and king.

Pawns can move one space forward only unless it’s their first move: then, they can move two squares (or one square, if that’s all you want!). When you move a pawn, you make a permanent change! Because the rules of chess do not permit pawns to move backward.

Pawns can be promoted. When you move a pawn to the opposite side of the board, you can promote it into any piece except the king. You can have another queen if you so desire. A common strategy employed by many chess players to win chess games: is to get a pawn to the other side of the board while preventing your opponent from doing the same.

Pawns have an unusual way of capturing opponents’ pieces. Normally, to capture an opponent’s piece, you move your piece to the square where the opponent’s piece is, replacing it with your own. Pawns do the same, but they don’t capture the direction of their move. They capture only diagonally.

En passant capturing (from the French term for “while passing”) is one of chess’s special rules. If your pawn moves two squares on its first move and it lands to the side of an enemy pawn, the enemy pawn can capture your pawn diagonally.

Even though it can jump over squares while other pieces occupy them, the Knight can only Knight a piece that is standing on the square he lands on.

The Bishop is considered to be equal in value to a Knight, though many chess writers give the Bishop a small edge. The Bishop’s weakness is its limit to squares of one color throughout the game. This restriction hurts the effectiveness of a single Bishop, but two Bishops working together can cut through an opponent like a pair of scissors. As a team, they are powerful indeed.

The Rook is regarded as a piece that can move in a straight line, forwards, and backward through any square on the board that isn’t occupied by another piece. This major piece needs to land directly on the piece’s square to capture the other player’s pieces. The Rook is also one of two pieces involved in a special move called castling.

The queen can move any amount of squares in any direction (horizontally, vertically, or diagonally). The queen is the combination of a rook and the two bishops. The queen’s movement makes it the most powerful piece on the chessboard. Regardless of the queen’s power, you cannot split its move for a turn.

Like the queen, the King can move in any direction, but it’s limited to one square per move. It can move horizontally, vertically, or diagonally. The King’s movement makes the King arguably the weakest chess piece on the board.

You can move your king anywhere on the board except to squares occupied by another one of your pieces or pawns. This is true for all other chess pieces and pawns because no two pieces can occupy the same square.

You can’t move your king to a square that is under the control or protection of your opponent’s piece. The king is the second piece involved in castling.

READ ALSO: How To ‘Magically’ Improve Your Chess Rating As A Beginner in 6 Simple Stages