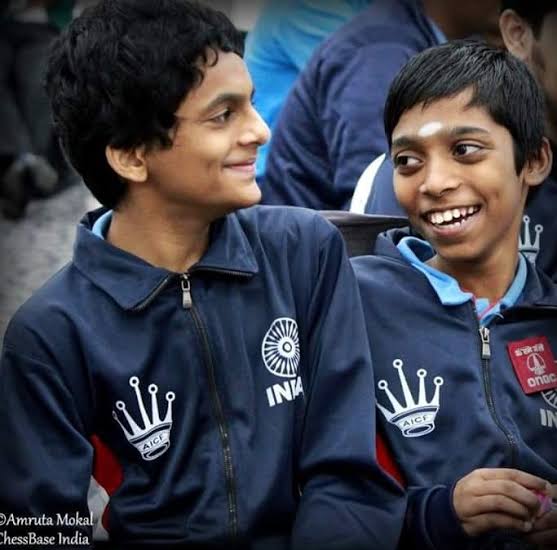 How to become a certified chess coach in India

Being a certified chess instructor is a fantastic method for chess players in India to earn more money with their chess talents, especially with the spike in interest in the game of chess in India.

The mass lockdowns and the queen’s gambit series, according to the Indian grandmaster Vishwanathan Anand, gave surprising benefits to chess in India in 2020. The recent triumph of the Indian teenage phenomenon Pragrananda over current world number one Magnus Carlsen at the Airthings Masters tournament has aided the increasing interest in chess in India.

Chess merchandise and even chess coaches are in high demand as a result of the spike in interest in chess.

If you are interested in becoming a chess coach, you must become a good chess player. “Good” here doesn’t necessarily mean you have to be a professional chess player, the definition of a “good” chess player is relative and changes on an individual basis. However, as a rule of thumb, a threshold of at least 1600 rating points (FIDE) should be reached before you start coaching chess. Also, understanding the history of chess at a glance will help you educate your students.

The higher your rating points, the more you are going to be able to charge for your coaching services.

Coaching certificates show the credibility and proficiency of a chess coach, which in turn increases the chances of being hired. Getting certified as a coach under the FIDE Trainers’ Commission is an excellent asset to have. It will complement coaching experience and knowledge as proof of excellence.

These are some of the terms and conditions for chess coaching certifications for the FIDE trainers commission.

Here is a list of some of FIDE Training Certifications, from the lowest to the highest-ranked certification.

The mission of developmental instructors is to increase the standard of competitive chess players to a national level. Typically, they are school teachers. They must have at least two years of Developmental Instructor experience and a rating of at least 1700. Trainees must have placed in the top ten in recognized national contests. A FIDE training Seminar must be completed successfully. They can train players to 1700 FIDE rating

The mission of National Instructor is to increase the standard of competitive chess players to a national level. Typically, they are school teachers. They must have at least two years of Developmental Instructor experience and a rating of at least 1700. Trainees must have placed in the top ten in recognized national contests. A TRG Seminar must be completed successfully. They also help train players up to 1700 FIDE rating points.

A FIDE Instructor is a person who assists in the training of players who are under the FIDE rating point of 2000. Their mission is to improve the competitiveness of national youth players to international standards. You must have been rated 2000 or higher at some point in your career to be a FIDE Instructor. You must demonstrate that you have worked as a personal trainer for at least two years.

The FIDE Trainer assists in the training of players up to the FIDE Elo rating of 2450. To be a FIDE Trainer, you must have been rated 2300 or better at some point in your career. You must demonstrate that you have been a trainer for at least five years. There are over 300 FIDE Trainers.

The FIDE Senior Trainer assists players with FIDE Elo ratings greater than 2450. They also serve as national examiners and frequently provide workshops. To be a FIDE Senior Trainer, you must have been an International Master (IM) or Grandmaster (GM) with a rating of 2450 or higher at any point in your career. You must be a FIDE trainer or have at least ten years of general training experience. You should be fluent in at least two languages. In addition to your native language, you must also be fluent in one of the FIDE-approved languages (Arabic, English, French, German, Portuguese, Russian, or Spanish).

You must have authored some chess articles or books. You must have achieved World/International success as a trainer of a world champion or a challenger, or as a member of a winning chess Olympic medal team, or national team gold medal winner, or national champion, or as the founder of chess schools that have produced at least three grandmasters or six titled players (GM, IM, WGM), or as the originator and developer of educational systems and/or programs.

Among the 100 FIDE Senior Trainers are Garry Kasparov, Anatoly Karpov, and Susan Polgar.

The All India Chess Federation (AICF) also gives certified training to Chess Players and Coaches to get their trainer titles and certificate under AICF to impart chess playing culture at grass root level in India. The training program usually takes up to 5 days for unrated participants and 3 days for rated participants.

Engaging in these training certifications will help you on how to become a certified chess coach in India.