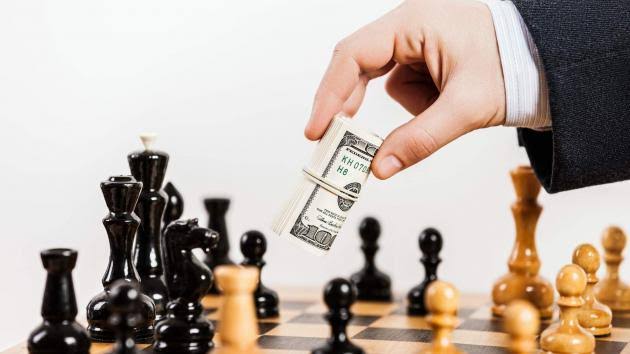 What are the ways to earn money from chess online?

This is virtually one of the most asked question by chess players as many players especially in developing countries, most have asked themselves at one point or the other “Is playing chess worth it?”. Also, most beginner players often want to be well aware of the economic incentives available to them before committing themselves to the game.

While many beginner players only know earning money is possible by playing chess and coaching, they probably don’t know many other available ways and many players who are earning a decent amount of money through it.

If we’re to compare chess to other big sports like football, we’ll see that there’s a really low prize fund in chess compared to other sports except, say, you compete amongst the top 10 chess players in the world.

But thanks to the internet, chess has become somewhat more lucrative for people that are passionate about it and more and more people can earn from what they love. so let us do a rundown on how you can earn money from chess online.

Online coaching: with a rating above 1400, you can register on many websites where you can list as a chess coach. the most popular ones are chess.com and lichess. Online coaching has become popular in recent times. This can be attributed to the effects of covid-19 and the aftermath of the popular “Queens Gambit” Netflix series. The pay range for online coaching ranges between $5 to $125. Some Grandmasters even charge more than $125.

Playing online: Chess is an easy game to learn but difficult to master. While playing chess, the only thing that remains hidden from you is the intent of your opponent. Everything else about the game is crystal clear; you can see it on the board in front of you. Luck or chance has nothing to do with the outcomes of a chess game.

Players can cheat their opponents by using chess engine software. Your opponent can set an engine to the hardest level and feed your moves into it. The software will then give your opponent the best response to your move. You would be unknowingly playing against a robot and not a human player. Of course, the best online chess websites do not permit such software, but there is nothing to stop your opponents from using another device.

Content Creation: Aside from making money with online chess by playing and coaching, many players employ other methods to monetize their chess activity. Many players have taken to platforms like twitch so their fans can watch them live, but the most prominent style of content creation by chess players have been uploading chess-related videos to YouTube. The videos may contain commentary on professional games or chess tips and strategies.

agadmators Chess Channel (over 1.15 million subscribers). Social Blade estimates that this channel makes up to around $50,000 per month and up to around $600,000 per year.

GMHikaru (over 1.08 million subscribers). This is the channel of Japanese-American grandmaster Hikaru Nakamura. GMHikaru makes up to around $75,000 per month and up to around $900,000 per year.

Many chess players have also found success as Twitch streamers. Blogging and submitting publications to online chess magazines are some other forms of content creation for chess that can be monetized.

Affiliate Marketing: One of the best ways to make good money in chess is by selling a digital chess course. Many grandmasters create their courses for students and can potentially sell for several amounts of dollars each. Imagine selling a $1,000 course to 1000 customers? You do the math and you’ve racked up a million dollars in sales!

You don’t have to even be an expert to sell a chess course online. Many online marketers do what is called Affiliate Marketing, and that is simply promoting other peoples products or services in return for a commission of that sale. Normal people who have absolutely no experience in chess making at money every single month on autopilot just by promoting other peoples courses, and you can do the same.

More so, chess websites that have paid memberships may have referral programs. An example of such a website is chessclub.com where players receive points for each player they refer. Points may be exchanged for US dollars. Chess.com has an affiliate program. The starting commission percentage for affiliates is 15% of Chess.com premium membership purchases.

Conclusion: Online chess when compared to real-world tournaments appears to have lower income potential. However, it is worth noting that the online world of chess provides more opportunities to chess players— both amateur and professional as they are presented with a larger online audience globally.

Now that you have seen how to make money with chess online, you can check out 5 reasons you should switch to online chess