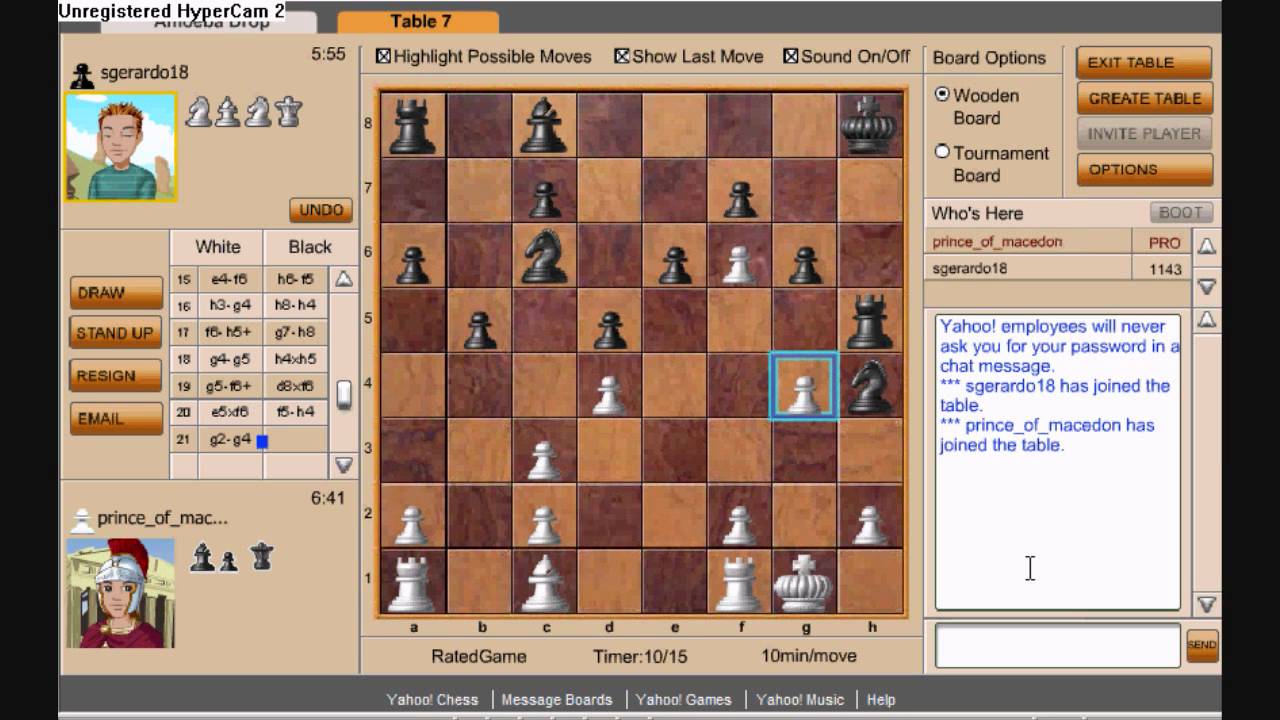 How to play chess on yahoo messenger

Yahoo chess game is a browser-based game that can be played directly in your web browser without any downloads, plugins, or installations required. You don’t need to download anything and there’s no requirement for you to sign up with an email address either. All the games on Yahoo Games are free and offer multiple levels of difficulty so anybody can play regardless of skill level.

Yahoo Chess game has been around since 1997, available 24/7hrs for all chess lovers. The chess pieces are free to use as the site does not have an option for buying them, only earning or winning them in matches. There is also a variety of modes that can be played on yahoo: Standard Mode (for beginners), Quick Game Mode, Tournament Mode, Time Control Modes (such as Blitz).

Players of the same strength are usually matched with people who are of similar strength levels so it’s fair to say that anyone has a chance at winning when they’re on equal footing. Numerous tournaments take place every day with prizes from $750-$25000. Prizes vary by country and region but all players win something.

Apart from these games there are also live chat options between two people playing online together just as we have it on popular chess websites today.

Unfortunately, Yahoo Chess is currently deleted from the Internet, so playing chess on yahoo is not possible and knowing how to play chess on yahoo messenger is now pointless. Yahoo reached out to game publishers who still had games on the platform and instructed them to formulate a plan to transition their Yahoo Games players off the service ahead of its closure. Yahoo Officially Shutdown Yahoo Chess and Yahoo games from the Internet in 2016.

But Yahoo Chess had a huge audience base but it’s not the ending. So what happened?

Yahoo Games is an online gaming website that offers a variety of games, from chess to slots. The platform was a section of the Yahoo! website, launched on March 31, 1998, in which players could play themselves or against other users. Yahoo Games has been around for the past 25 years and was originally called “Games Network” when it launched in 1996. The site now offered more than 20 different categories of games including puzzles, card games, word-based games, sports, simulations, and more.

Though Yahoo’s game had its blissful years, there were over 40 million monthly active players on Yahoo game sites. It was one of the most popular destinations for free online multiplayer gaming with over 1 billion hours logged every month. The platform gradually declined due to the decline in its popularity, Yahoo’s profiles decreased drastically over time, and on March 31, 2014, Yahoo Games closed to new signups. On February 9th of 2016, the platform finally closed (Yahoo chess & other yahoo games were gone for good!).

Yahoo games are notable in light of the historic role they played in popularizing free-to-play online games. Built atop Yahoo’s ’97 acquisition of the Classicgames online game portal, Yahoo Games served as a platform for many budding casual game developers.

In the past, Yahoo Chess was often seen as a competitor to sites like chess.com and chess24.
Chess websites today offer live streaming of top tournaments with state-of-art tools that allow chess players to review game positions or watch replays in HD quality whereas yahoo chess is very basic with minimal features.

If you want instant access to expert commentary and a place that lets you play against other people who have similar chess levels, chess websites of today, like chess24, lichess and chess.com will satisfy your needs.