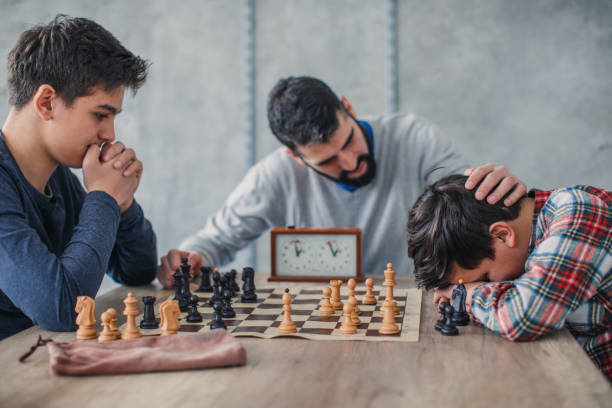 No chess player is immune to blunders, not even the world number 1 Magnus Carlsen. So what should you do to avoid chess blunders?

Blunders may occur as a result of any of these situations,

So how to stop blundering in chess?

There are different advisable approaches to handling blunders for chess players.

If blunder is caused by lack of understanding or lack of experience, studying and learning more is the way to go. This will at least help reduce blunder rate to a reasonable extent.

You can create a solid opening repertoire. You do this by writing a list of all openings you know and like or openings that you’re interested in, then check the statistics of your previous games to see which openings you have played and your performance with them. Then you make a list of all possible defences that you know. Going into a match with a good understanding of the opening will make you comfortable.

The more comfortable you are in around the first 10–15 moves of the game, the less likely you will blunder a piece in the beginnings stages of the game.

After creating a solid opening repertoire, you need tactics training with a focus on middle-game tactics, Tactics is one of the important components of chess. It allows you to play with a variantly-aggressive style, this makes your opponent wearier and makes him or her commit blunders or play inaccurately. Playing tactics can also backfire, it can lead you to blunder as well. This is why you need tactics training and if you practice enough, you can prevent general blunders more easily.

Practising tactics that are under your opening repertoire will make things much easier for you in the middlegame, having a good middle-game will give you a nice setup going into the end-game.

Finally, study endgame theories! This is very important. Although many games finish in the middle game, a lot of games end up with just the king and some pawns or the king and a few other pieces. It is not uncommon that blunders happen at that time of the game, you could be under heavy time control, you may not be able to find the pattern to win or draw the game, which causes you to lose or draw.

These are mostly blunders that may not be immediately apparent, they would take some time in playing the game to finally realize that you fell into a trap. This is why it is important to study the end-game.

Some study materials recommended for endgame study are;

The more solid your endgame theory is, the more likely you can oust your opponent.

If you know your opening, middlegame tactic and endgame theories by heart but you still blunder, the truth is blunder is inevitable. We are humans after all, and our calculations cannot always be precise. Blunders may occur due to a simple error in calculation, misapprehension of the position or even a mental lapse.

An example is a game between Vallejo Pons and Magnus Carlsen. It was the first phase of the Grand Slam Finale, Sao Paolo, 2011.

Vallejo is a strong, solid GM, he has been one of the top 100 players in the world since 2002. but has never been able to perform consistently well against top GMs, let alone the number 1 player. Having lost to Aronian and Nakamura in the first two rounds of the tournament, Vallejo faced the worst possible rival in the third round.

After the opening, Carlsen was starting to dominate the game as expected. Vallejo was thinking too much and entering the kind of complicated positions where Carlsen always triumphs, especially against lesser rivals like him. It was important that Vallejo regains confidence after a string of losses. Then Carlsen sort of had a mental lapse and left a bishop hanging.

Vallejo thought for a couple of minutes as he didn’t expect Carlsen to blunder a piece before he finally decided to accept Carlsen’s gesture and after a few more moves he won the game, Carlsen couldn’t equalize despite clearly having the upper hand for most of the game up until that point.

This is proof that even top GMs do blunder and no one is free of blunders, so don’t bite yourself too much.

When your understanding of chess has advanced to a certain level, you desperately want to avoid blunders because they make you look stupid, and no one wants to be seen as a clueless player who can fall into the most basic tactical trick, or worse, a player who simply misses the whole thing.

Since blunders are unavoidable, it is advisable that you keep your ego under control by making blunders work for you (by turning your lemon into lemonade). Blunders remind you that you are human after all, that you shouldn’t think too highly about yourself. In time, your collection of blunders will give you enough experience to be able to avoid those at least, and always have the suspicion that you might blunder at any time, repeating that horrible sensation that shatters your ego.

The scare of blundering will make you more vigilant as you know they are there.

Carlsen’s blunder sent shock waves in the chess world as everyone was surprised as to how possible it was for Carlsen to leave a piece hanging. How this particular game played out probably had a say in Carlsen’s overall performance at the end of the tournament.

There is no training for not committing blunders, just enough playing experience will help you on that, but you will never get rid of them completely. The most important thing is to recognize them as accidents or injuries. The ability to recover from them is more important than the blundering itself.

At the end of the tournament, Carlsen was triumphant over his opponents and won the tournament. He recovered fast from the loss against Vallejo, demonstrating what top players do, This is one of the reasons why he is still the best player around.

Learn from your blunders and go into your games with confidence!

Check out Carlsen Inflicts Third Loss On Nepo After The Latter Shocking Piece Blunder. Is This The End?