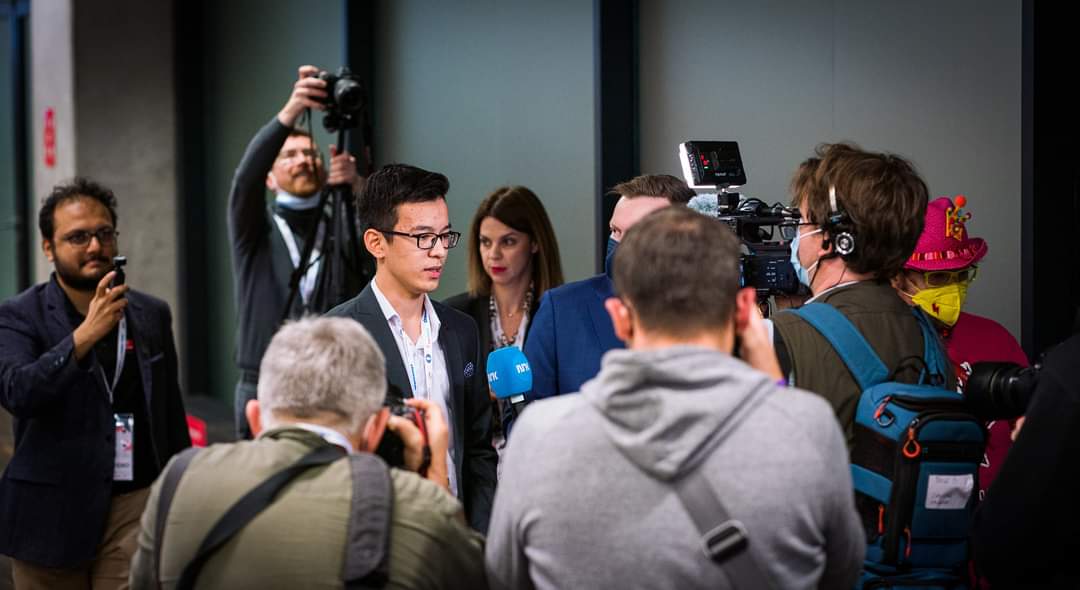 Pleasant surprises make everything sweeter. Seeing underdogs triumph in a field of favorites makes the crowd go wild. Chess has seen some major upsets in the past, but the game got more exciting as 17-year old Nodirbek Abdusattorov emerged the winner from a field of experienced veterans! Before now, the young star from Uzbekistan has been barely known to chess spectators. Now, he has forced the focus to be shifted to him.

The young Uzbek’s starting rank was 59th coming into this tournament. Logically, it would be hard for anyone to tip him to go all the way, but here we are. He barged into the tournament with 3 wins out of 3 on Day 1, including a win against the Classical World Number 3, Fabiano Caruana. Other wins came against GM Victor Mikhalevski from Israeli and Russia’s IM Gleb Dudin.

The game versus Caruana was particularly interesting as Fabiano’s underestimation of his opponent was obvious. The American’s 15…Nc7 blunder gave up two important pawns that defined the endgame. From move 15, the game looked won for Abdusattorov, but Caruana marched on and hoped for a slip from his opponent. It wasn’t until move 46 that Caruana realized that it was a lost cause. Abdusattorov had two extra pawns and a three-passed-pawn island in the middle of the park. The bishop made the position more hopeless for Black.

Day 1 ended brilliantly for the youngster as he gathered crucial half points against top Russian oppositions like Ian Nepomniachtchi and Alexander Grischuk.

The only blemish on his tournament scoresheet came against Ukrainian Grandmaster Anton Korobov in round 6. He simply couldn’t stop the central passed pawns from sealing promotion and resigned at move 46. The young GM showed remarkable maturity and willpower to recover from the loss and continue on his quest for glory. He closed Day 2 with 3 wins from his remaining games against Levon Aronian, Radoslaw Wojtaszek, and Boris Gelfand.

Abdusattorov completely outplayed Levon Aronian with the black pieces. The American-Armenian even lost his queen to the tactically sound Uzbek and ultimately resigned shortly after.

A 3-game winning streak in such a high-profile tournament turned into a 4-game winning streak after a famous win against the defending champion. Nodirbek Abdusattorov came into the final day in high spirits, prepared to shock Carlsen. The English Opening was the first step he took on the way to the victory. The opening made sure he resisted any early attacks from the Norwegian.

Magnus cut a frustrated figure when the game was slowly drifting towards an unpleasant draw. The world champion exercised his typical positional maneuver in the endgame, but Abdussatarov matched it excellently. It all went south for Magnus Carlsen when he tried too hard to squeeze a win. Rather than forcing a draw, he opted for a fruitless pawn march. The poor move gave his opponent the tempo he needed to claim the game.

After a royal fork with 83.Qd4+, Magnus resigned to the better player in the game. The win gave the World Number 9 Junior the cushion he needed to settle for draws in his remaining games. He ended the 13 rounds of the tournament with a palms-uniting 9.5 points, tying for first place with Ian Nepomniachtchi, Magnus Carlsen, and Fabiano Caruana.

The Buchholz system used in the tournament and several standard Swiss tournaments decided that only one tiebreaker match would be held between Nodirbek Abdusattorov and Ian Nepomniachtchi. This meant that other players with equal points would miss out on a chance to fight for the crown. There were grunts about the system, but it has been in place for several years now.

Two 3+2 games were enough to separate Gold from Silver as Abdusattorov outwitted Nepo to draw cheers from around the world. The first of both games where Nepo played with the white pieces ended in a draw. Reversing colors meant that the ball was now in the youngster’s court, and he converted brilliantly.

He is now the youngest ever winner of the tournament.

For the second tournament in a row, Ian Nepomniachtchi was left to bask in the second position. He wouldn’t be too disappointed with the silver position though as he was one of the few to go unbeaten in the tournament. The unbeaten feat is one to be proud of as he faced the likes of Magnus Carlsen, Fabiano Caruana, Hikaru Nakamura, Alexander Grischuk, and eventual winner Nodirbek Abdusattorov.

The Buchholz System came under fire by the Classical World Champion as he referred to it as “completely idiotic”. His unbeaten run in the tournament came to an unexpected end in round 10 when he faced eventual champion, Abdusattorov. He said, “It’s a real pity to lose my chance for a playoff based on tiebreaks. A few years ago there was no playoff. Obviously, you know the rules in advance, I knew it during the event and that it could be a factor, but I don’t think it should be 100 percent up to the players to have to correct and complain about a system that is really, really bad.”

He continued, “I don’t know about most people, but for me, any tiebreak system is okay, as long as it obviously doesn’t hurt some kind of sense of fairness. To have a playoff for the victory, is very much how it should be in such a prestigious event, something you obviously also should have in the Candidates. When you have a playoff in the first place, you have to let all players on the same amount of points join the playoff. Anything else is just plain wrong.” He did congratulate Nodirbek on the impressive feat regardless of his complaint.

How Other Top Players Fared

Alireza and Nakamura Displaced From The Podium

The French and American players might have lost their respective Silver and Bronze medals, but we take nothing from their performances. Nakamura’s 9 points were half a point from the winner’s, while Alireza’s final round slip to Karjakin left him with a 20th place finish. They would both emerge guns blazing for the blitz event which comes up immediately.

Jan-Krzysztof Duda, playing at home, ended the tournament in 5th position with 9 points. He had a Tournament Performance Rating(TPR) of 2809 and gained 5.4 Elo ratings to his Rapid rating. The draw against Abdusattorov in the final round gave the 17-year old the edge he needed in the tournament.

The former holder of the youngest chess grandmaster in the world record went from playing on board 71 against IM Igor Janik to defeating Alireza Firouzja on board 6. His 7 wins out of the last 9 rounds skyrocketed him to 11th position where he finished half a point short of the tournament winner.

8.5 points for Dubov and Vashier-Lagrave

The pair both lost Elo ratings as they finished closer to each other at 16th and 17th respectively. Maxime was relatively quiet in this tournament as he struggled to get paired with most of the tournament favorites. Dubov played his last game against one of the lowest-ranked players coming into the tournament. The game against IM Guha Mitrabha ended in a draw.

Many prominent players have taken to social media to express their dissatisfaction with the Buchholz System. Top players like Nigel Short, Hikaru Nakamura, Sergey Karjakin, and of course, Magnus Carlsen spearheaded the conversation.

I guess I should not speak for most people, but I do believe that most people think that this is not fair. You are aware of the rules, but this must be changed. To have a playoff for the title is a step in the right direction, but I can’t imagine any other than logistical reasons to have only two players in a playoff, and that is just too amateurish in a World Championship.

Check out other reactions below:

Into The Female Section

In other celebratory news, GM Alexandra Kosteniuk of Russia has claimed the crown from Humpy Koneru. She went into the final day with a mammoth 1.5-point lead and didn’t fail to convert. It would be the first time she would be crowned woman Rapid Champion of the world after claiming silver on 3 previous occasions. This time, she went unbeaten with a TPR of 2607.

Kazakh IM Bibisara Assaubayeva bagged the silver medal, while Russian GM Valentina Gunina completed the podium. The defending champion, Humpy Koneru missed out on the podium as she finished in 6th place behind WIM Assel Serikbay in 5th.

The Rapid event has been concluded until the next edition, and everyone is ready for the blitz event which follows immediately.