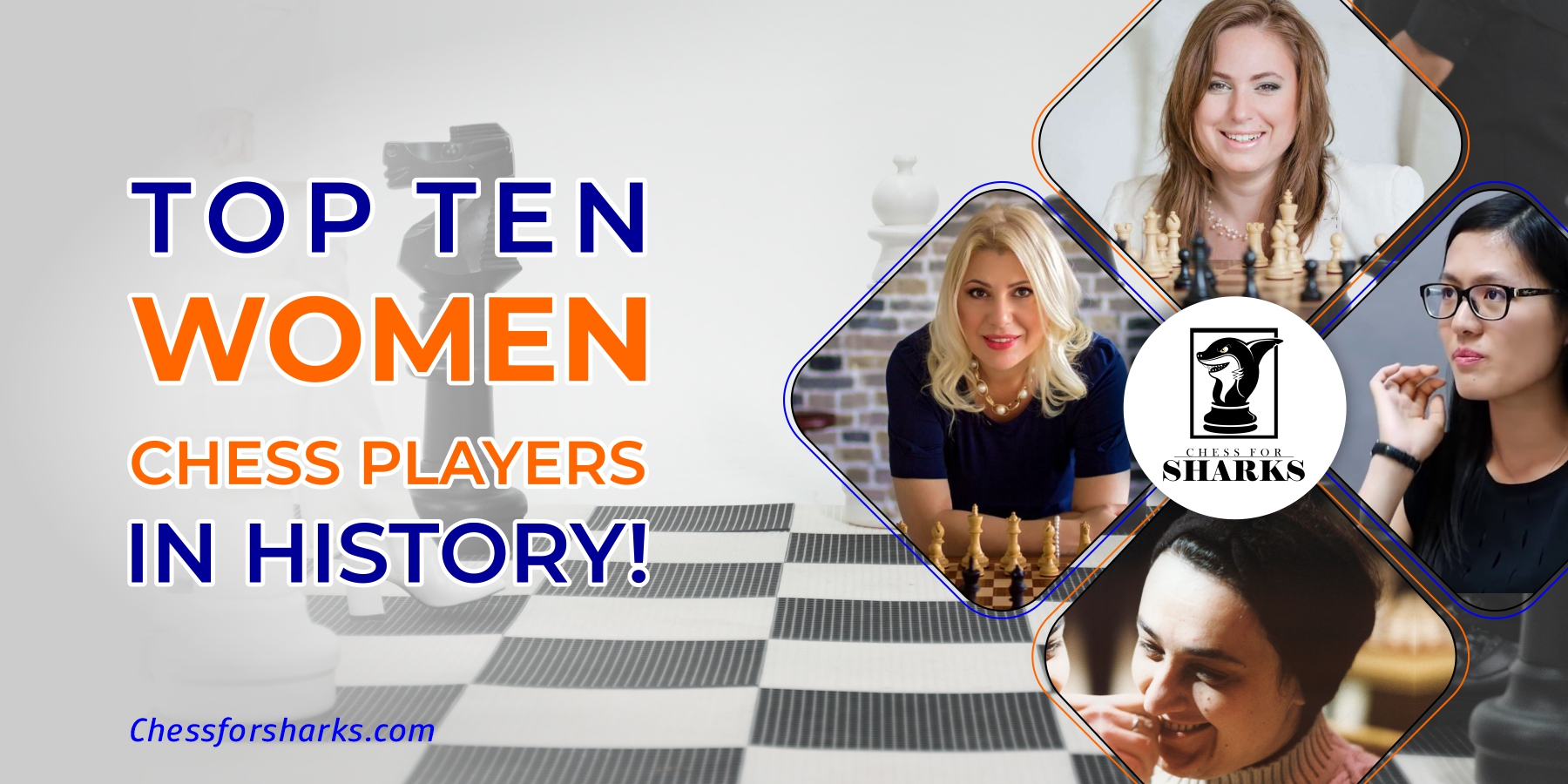 Ever wondered why chess is touted as the most popular board game ever? It’s because chess transcends many boundaries, and one of these boundaries is gender. Also, since chess appeals to individuals who have a strong knack for strategy, creativity, and critical thinking, women and men alike find themselves drawn to the game.

Below is a list of women who have proven exceptional qualities in the game of chess and have earned the rights of the almighty Grandmaster title conferred on the top 1% of chess players the world has ever produced.

She is a two-time Women’s Chess Olympiad winner, winning her first gold medal in 2006 for Ukraine. Ekaterina repeated the feat in 2014, but this time, for Russia.
She was crowned Woman Grandmaster in 2001 some few months after she clocked 12. Six years later, she would go on to win the Grandmaster title at the age of 18.

Ekaterina is especially formidable when it comes to blitz chess. This reflected in her unbeaten streak in St Petersburg, in 2018, and another win against Alexandra Kostenkiuk in 2020.

Humpy became a grandmaster in 2002, when she was 15 years old. This made her the second-youngest female grandmaster at the time after Judit Polgar. She held this title for 6 years before forfeiting it to another female chess prodigy, Hou Yifan, in 2008.
In 2014, Humpy attained her best peak rating of 2598 and a FIDE rating of 2586 in 2021.

Elisaveta took center stage as a chess champion from the mid to late 90s. A Russian by birth, Elisaveta grew up in a society where chess-playing was an integral part of the people’s culture.
She grew up learning the game and won her first notable title, the Women’s Candidates Tournament in Moscow in 1952.
Afterward, she attained the title of Women’s World Champion, a position that she held in two separate reigns; from 1953-1956 and 1958-1962. Elisaveta’s highest career achievement, came 24 years after in 1976 when she was crowned Woman Grandmaster.

Marie became a notable force in the chess universe at the age of 11 in 1998 after she won her first title, the European Youth Chess Championship. She dominated the competition in subsequent years, emerging as the winner in every age category.
Marie is a household name among French chess enthusiasts and pundits, having won the French Women’s Chess Championship title twice.
In May 2008, after achieving her norm according to FIDE’s standard, she clinched the long-desired title of Grandmaster.

Maia is a Georgian-born chess Grandmaster known for being the 6th winner of the Women’s World Chess Championship.

Maia’s chess career started when she was eight. She bagged many small wins until she clinched a major title in 1976 as the USSR Women’s Title Champion. A year after that, FIDE awarded Maia the title of Woman Grandmaster.

A documentary titled Glory to the Queen was made detailing the early lives of female chess grandmasters, the likes of Nona Gaprindashivili, Nana Alexandria, and Maia Chiburdanidze.

Xie’s prominence began after she became the xiangqi champion in Beijing while she was 10. Her laudable feat caught the attention of high-flying personalities in government who encouraged Xie to contest at an international level.

Furthermore, Xie is known for being among three women to have held the title of Women’s World Chess Champion in two separate reigns; from 1991 to 1996 when she forfeited the title to Susan Polgar, only to win it again in 1999 through 2001.

The other women to have achieved such a feat are Hou Yifan and Elisaveta Bykova.

In 1994, Xie became the sixth woman to attain the title of Grandmaster. She currently heads the Chinese Chess Association as its president.

A formidable force to be reckoned with in the world of chess, Nona Gaprindashvili has sealed her name in the annals of world-class chess players as the first woman to have the esteemed title, Grandmaster suffixed to her name.

Hers is a tale of dominance in the chess world that spans more than half a century. A tale that began in 1977, California, where she achieved an outstanding score of 6.5/9, one that put her in the same honored category with the likes of Oscar Panno and Yuri Balshov, with all three of them winning the first position of grandmaster at one time or the other.

Before becoming a grandmaster, Nona had earlier demonstrated her strategical prowess when she asserted her dominance in the female world championship for the better part of 16 years, from 1962-1978.

She has a FIDE rating of 2495 and is known today as one of the most decorated women chess players in history.

Although Susan’s rating dropped in 1986 because of a change in FIDE’s women’s rating policy, she later made history in 1991 by becoming the third female Grandmaster with Nona Gaprindashvili and Maia Chiburdanidze being the first and second respectively.

Hou Yifan studied at the University of Rhodes, and lectures as a professor at the Shenzen university, as the youngest woman to do so.

But before all that, Hou was a precocious child who started playing chess at the tender age of three, courtesy of her father who was quick to notice her unusual stare at chess pieces.

Within a few months of playing chess, she defeated every opponent she faced, including experienced chess players like her father and grandmother.

Her uncanny ability to calculate future moves and spot opponents’ weaknesses thrust her into the World Chess Championship competition, where she was crowned Woman Grandmaster in 2007. The following year would see Hou shatter Judit Polgar’s record, as she became the youngest Female Grandmaster in 2008 at the age of 14, a record she still holds as of 2021.

Yes, you guessed right! Judit and Susan are siblings, with Susan being older than Judit, and logically, starting her chess career sooner.
Only a few women have better chess records than Judit Polgar. Perhaps, the most remarkable story that will forever continue to echo in every chess hall is how Judit, during her career, defeated not one but two incumbent world champions, Garry Kasparov and Magnus Carlsen.

Another ear-itching tale to know about this intellectually gifted Hungarian is that she clinched the title of Grandmaster when she was just 15, a feat surpassed by only one woman so far.

Judit has also proven her mettle as an undisputed chess champion after winning rapid chess games against more than ten former world champions.