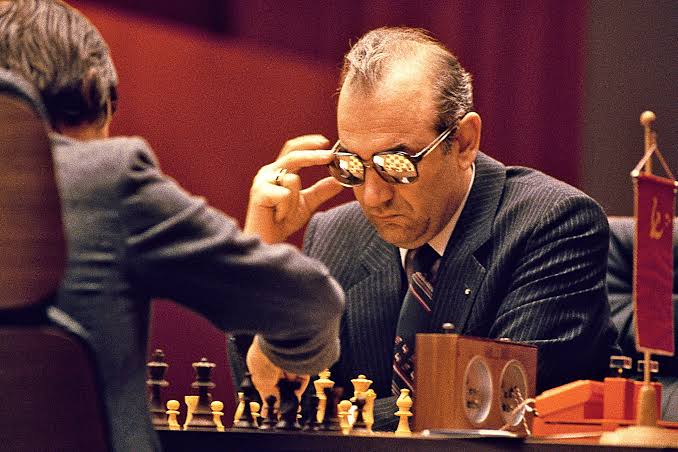 Chess, as we know, is a game that has been in existence for centuries. Some chess players have played the role of pioneers ensuring that the beautiful game grow in popularity.

Some of these players are well-recognized in the world of chess and some, although minimally recognized, are deserving of even more recognition.

In this interesting and educative blog post, we will have a look at the top 5 most underrated chess players in history.

Rashid Nezhmetdinov begins the list of our top 5 most underrated chess players. Very few know him for his frequent display of brilliancy over the board.

He was a Soviet powerhouse that never became World Champion. Rashid Nezhmetdinov, who was most prominent in the 1950s after the introduction of International Grandmaster titles (IGM or GM today), was never able to become a Grandmaster.

An International Master, with a peak rating of 2455, was the best he could achieve in terms of FIDE titles. He remains the only player to have won the Soviet/Russian chess championship a commendable 5 times.

As an active chess player, he played against great players like Boris Spassky, Tigran Petrosian, and Viktor Korchnoi. He also faced Mikhail Tal, whom he won more games than he lost.

You’re probably thinking… “Mikhail Botvinnik?!! I know and respect this player quite well!”. Agreed! But he’s barely regarded as one of the greatest players of all time alongside debate favorites like Bobby Fischer, Magnus Carlsen, Emanuel Lasker, Garry Kasparov, and the likes regardless of how essential his role was in chess.

Perhaps, the minds of some chess players would tilt in favour of this former Soviet front runner after going through this piece. Mikhail Botvinnik accomplished practically everything there was to accomplish as a professional chess player.

The underrated chess legend got a hold of the coveted World Champion(sixth) title that eluded many great players across time.

He trained spectacular players that rightfully carried on the mantle; players like Garry Kasparov, Anatoly Karpov, and Vladimir Kramnik, all of whom eventually became World Champions as well.

He was active for a remarkably long period and retired when he was almost 60 years of age. We cannot leave out his contribution to the computerization of chess as one of his major accomplishments. The likes of chess.com and lichess.org owe some thanks to the great Botvinnik. Despite retirement and underlying health problems, Botvinnik never really withdrew from chess as a contributor to its development.

He represented the Hungarian and American federations and is responsible for great development in both federations. Because of the facts we’d be bringing to the light in this piece, including him in the GOAT debate could be seen as justified.

Benko was one of the strongest players to ever emerge from the US, winning the US Open a joint record(along with Reuben Fine) 4 times in a row and an overall highest 8 total US Open wins!

He was so innovative that he didn’t invent variations like most great players in history did, instead he invented his gambit, Benko Gambit (1.d4 Nf6 2. c4 c5 3. d4 b5), and even an opening called the Benko Opening (1.g3), an unorthodox opening he used to defeat World Champion Bobby Fischer severally and other great players like Mikhail Tal and Paul Keres.

Having an opening named after him is one show of Benko’s creativity, as he is also a well-known chess writer, which is a skill he used to impact chess in the lives of many.

He worked with notable writers like Jeremy Silman and Reuben Fine on books like Basic Chess Endings and Pal Benko: My Life, Games and Compositions.

He also received the title of International Master(chess compositions). An extraordinary show of sportsmanship—arguably the biggest show in chess history, was when he relinquished his world chess championship slot for the eventual winner, Bobby Fischer due to the age difference between them(he was 42 at the time) and Fischer’s higher probability of becoming World Champion.

His accomplishments seem endless as Benko also played a major role in the grooming of the Polgar sisters—Legacy secured! The US Chess Hall of Fame rightfully inducted Pal Benko in 1993.

This name is probably unknown among many chess players regardless of his accomplishments in chess. It is one of the reasons why he makes the number 2 spot on our list of underrated chess players.

Regardless of how his name sounds, Reshevsky was not a Soviet or Russian player, but a purely American player that won the US Chess championships a mind-blowing 7 times! He was said to be the bane or kryptonite of another great player called Reuben Fine who lost several opportunities to be crowned US champion, all thanks to Samuel Reshevsky.

Extremely talented, Reshevsky began partaking in simultaneous exhibitions at the tender age of 8. He continually put up a mature display that amazed his parents, opponents, and spectators.

He faced off against 11 of 12 world champions he met(he didn’t play against Garry Kasparov) and defeated 7 of them namely; Emanuel Lasker, Jose Raul Capablanca, Alexander Alekhine, Max Euwe, Mikhail Botvinnik, Vasily Smyslov, and of course, fellow American Bobby Fischer who went on to describe Reshevsky as the best in the world at the time.

A famous quote by Samuel Reshevsky explains his style of play as a mixture of the attacking fierceness of Mikhail Tal and the defending resilience of Tigran Petrosian.

Perhaps, this player has been on the minds of many who started this exclusive list of underrated players. On the other hand, many chess enthusiasts might never have heard of this legendary player. Korchnoi was a Soviet-Swiss Grandmaster that had a rip-roaring peak rating of 2695.

This was a superb achievement seeing as he was active during the time of Karpov, Fischer, Spassky, and others.

Korchnoi impacted the lives of several others through direct training and writing; in which he produced books like Chess Is My Life, Viktor Korchnoi’s Best Games, and The King’s Gambit. He also participated in 10 Candidate Tournaments!

2 of which he won leading to World Championship games which he lost to Anatoly Karpov—Twice! Today, he is regarded as one of the greatest players to not have borne the title of World Champion.