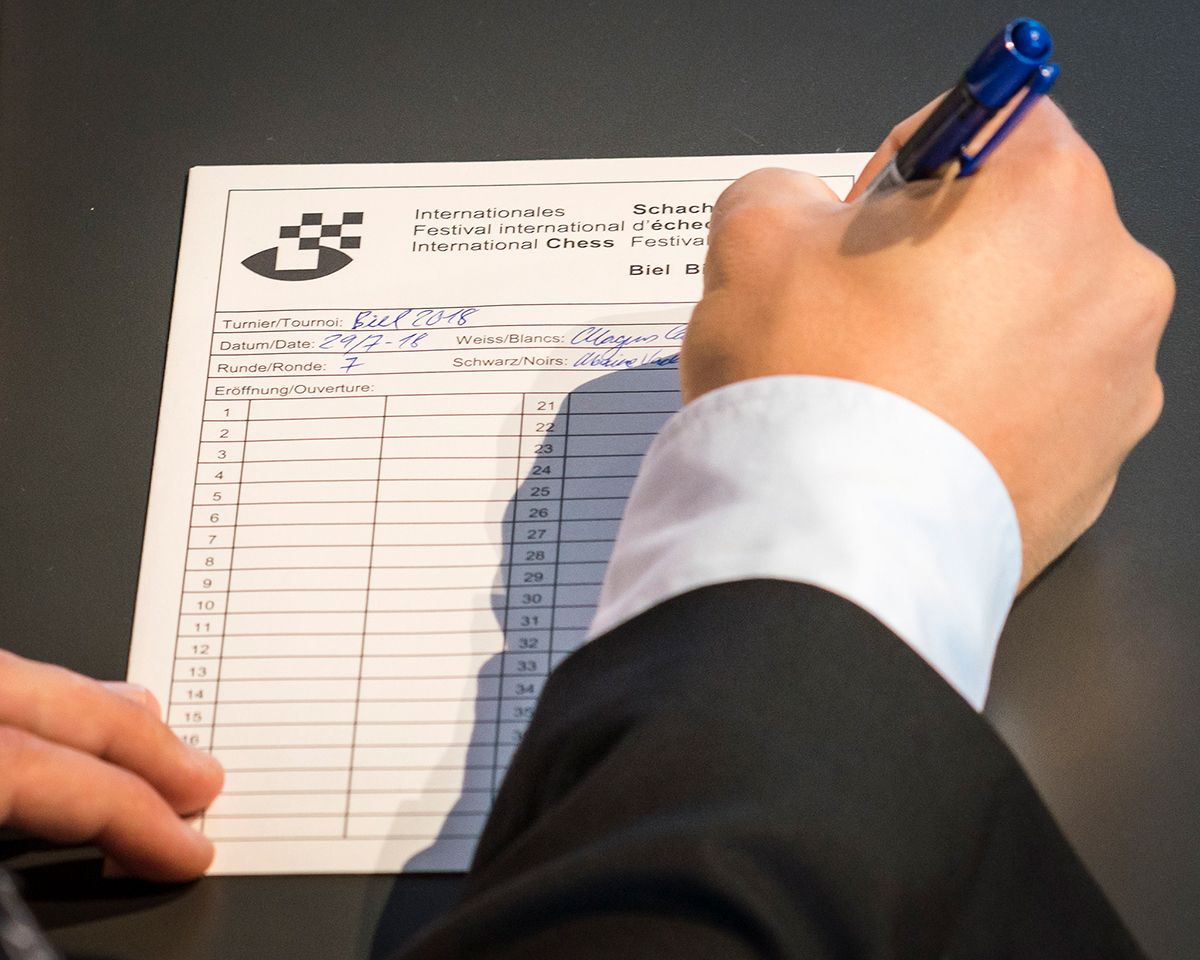 You must’ve seen some chess videos from top events, and each time a player makes a move, they record the move. Why is that? Is it compulsory? What do chess players write down?

Chess notations are a combination of symbols and alphanumeric characters that represent every move made on a chessboard.

Chess players write capital letters to represent a piece’s first consonant sound, not the first letter. The letters used to represent the pieces are

Pawns are not represented with any letter. Instead, the square they land on reflects their move. So, for instance, playing the king’s pawn by two squares in the opening is written as e4.

The small letters in chess notations also represent the files on a chessboard. As such, there are eight files lettered a-h. Each of these letters indicates the square pieces moved to—or moved FROM, in special cases.

Squares are named using alphanumerics with the letters coming before for numbers. For instance, a6, b4, g2, d1, etc.

Use these illustrations to boost your understanding
White has a rook on a1 and on a8, and there is no other piece on the file.
If the Rook on a1 moves to a4, we’ll have this notation “Ra1a4.”

What if they’re on the same rank? For instance, there’s a rook on a4 and another on h4.

Symbols represent actions made by humans during play. Some symbols are:

READ ALSO: HOW TO CAPTURE A QUEEN IN CHESS

If no action(symbols) was played

The file comes next. That is a,b,c, etc.

The rank number comes next.

If there is another piece capable of moving to the square, you input the file’s letter before putting the name of the square.

What follows is the symbol if there was an action performed by the piece that was played.

If an action was played

Advanced chess notations are also called annotations which are used majorly by engines.
These annotations include;

READ ALSO: HOW TO STOP BLUNDERING IN CHESS

It’s okay not to record your moves when playing a fast time control like rapid, blitz, or bullet.

You’re not required to record your moves when playing online chess.

It’s okay to abandon your recording and focus on the game when you reach a blitz time range from a classical time control.