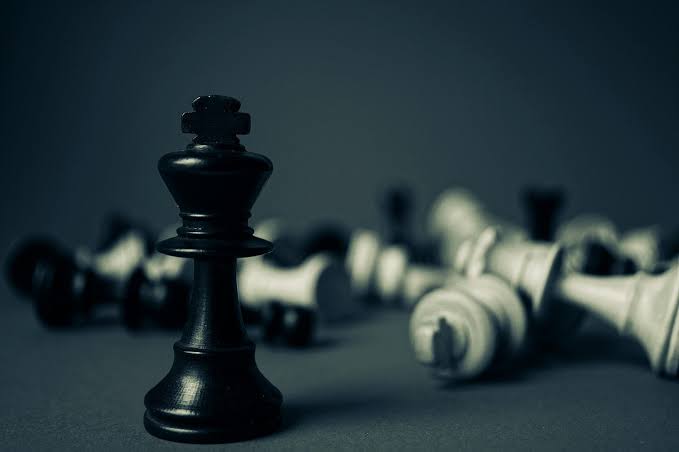 What is a pin in chess?

The pin is one of the most common tactics you can use to surprise your opponent and win the game.

What is a pin in chess?

A pin is a tactical situation where an opponent attacks your piece and you are unable to move it because it will result in a check of your king or capture of a more valuable piece. The pinned piece blocks an attack to a more valuable piece, but it could also protect a key defender of the position or even impede a checkmate.

An example can be seen in the Ruy-lopez where white light-squared bishop pins a black knight, If the knight moves, Black’s king will be on check. In this situation black’s knight is unable to move because the the move is illegal.

So the pin structure is a piece (bishop, queen or rook) attacking a minor piece in front of a more valuable piece.

You might think of a situation where instead of the normal pin structure, you have a piece attacking the a major piece and after it moves to safety, there is a vulnerable minor piece that can be captured. This situation isn’t called a pin but a skewer.

In a pin, the attacked piece cannot move because it prevents a more significant threat. On the other hand, a skewer works in reverse. The most valuable piece is upfront, so it must move and allow the capture of the weaker piece behind it.

An absolute pin is the most potent version of this tactic. It happens when a piece is covering an attack on the king. Since it is illegal to make a move that would put your king in check, the pinned piece literally cannot move.

In the Ruy-Lopez set up, after the sequence e4 e5, Nf3 Nc6, white gives a pin with the white bishop on b5

A relative pin happens when, even though moving the pinned piece is not illegal, it is not desirable. Doing so would allow the other player to gain a winning advantage.

How To Take Advantage Of A Pin In Chess

The pin is a powerful tactic because it restricts your opponent’s options, and it can also allow you to win material.

You can se how the knight is pinned in the Ruy-Lopez setup, the mobility of the knight is restricted until the white bishop moves to d7 to release the knight from the pin.

How to get out of a pin in chess?

There are three ways to deal with a pin (also known as “unpinning”). First, you could move the valuable piece out of the way, freeing up the pinned piece. This generally requires the pinned piece to be protected by something else. You can also remove the pinning piece, either by capturing it outright or by forcing it to move away. You also have the option to block the pin by placing another piece in the line of fire, disconnecting the pinned piece from the valuable target behind it.

So when you are asked what is a pin in chess, you have the perfect idea of what it means.