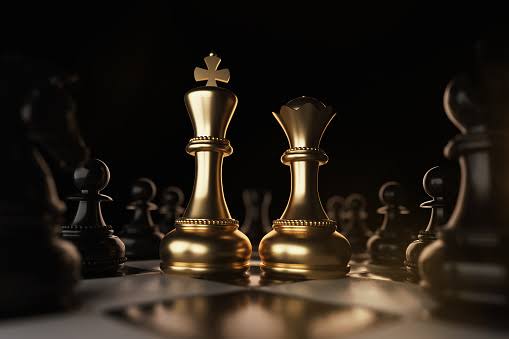 The king is the most important piece in the game of chess and the commander of the whole army. It has to be protected from checks and avoid checkmate as checkmating the king means the game is lost.

Can a king check another king in chess?

Aside from that, it’s a simple NO. It would be an illegal move as your king would be walking into a check and when your king is on a check, you need to move it out of check or protect it on your next move immediately, so as you can see, this doesn’t make any sense at all. A king can take out any other chess piece except the opponent’s king.

Taking out the opponent’s king can only be done with one of the other pieces. All the king can do to attack another king is provide support to the queen, rook, knight, bishop, or pawn(s).

A king can attack other pieces only when they are not being defended. This can happen even while the king is in check itself, a king can capture while on a check to evade the check but cannot capture into check (capturing a piece that is defended).

So what happens when two kings are left on the board?

If only two kings are left on the chessboard and no other pieces are left, then, it’s game over. You now know that a king cannot possibly attack another king directly, the best they can do here is move aimlessly over the board till when either you or your opponent is tired. This type of ending is called a stalemate, there is no winner or loser, it’s a draw!

If such an event should happen in a tournament, both players get ½ points each.

The same thing occurs when there are two kings and a knight left on the board. Or two kings and a bishop. The king and a single knight or bishop cannot possibly be driven into a corner for a checkmate because they can’t cover all the necessary squares to carry out a checkmate.

A king should always seek the support of other pieces to take out the opponent’s king. He alone cannot do this by himself.

Suppose it happens during your game that your opponent attacks your king with his king, your opponent has made an illegal move, breaking some chess rules and of course, there are consequences for breaking rules (that is why they are rules in the first place)

Penalties for making an illegal move

Pause the clock and summon the arbiter.

Explain to the arbiter, where your opponent made the illegal move.

Your opponent should withdraw the illegal move and play a legal one instead.

The second penalty can result in the loss of the game. In most cases, making 2 illegal moves in a single match can result in the loss of a game. Sometimes the arbiter may extend this to 3 illegal moves depending on his discretion. You should remember this rule when playing in chess tournaments. If you’re not sure about the number of handicaps given, contact the Chief Arbiter before the beginning of the match.

If the time on the clock is above 5 minutes then no penalty will be given on the first illegal move. An arbiter is not needed in this scenario and you can tell your opponent to take back the move if it was a genuine mistake.

Check out Learn The Bishop And Knight Checkmate: Understanding The Chess Pieces