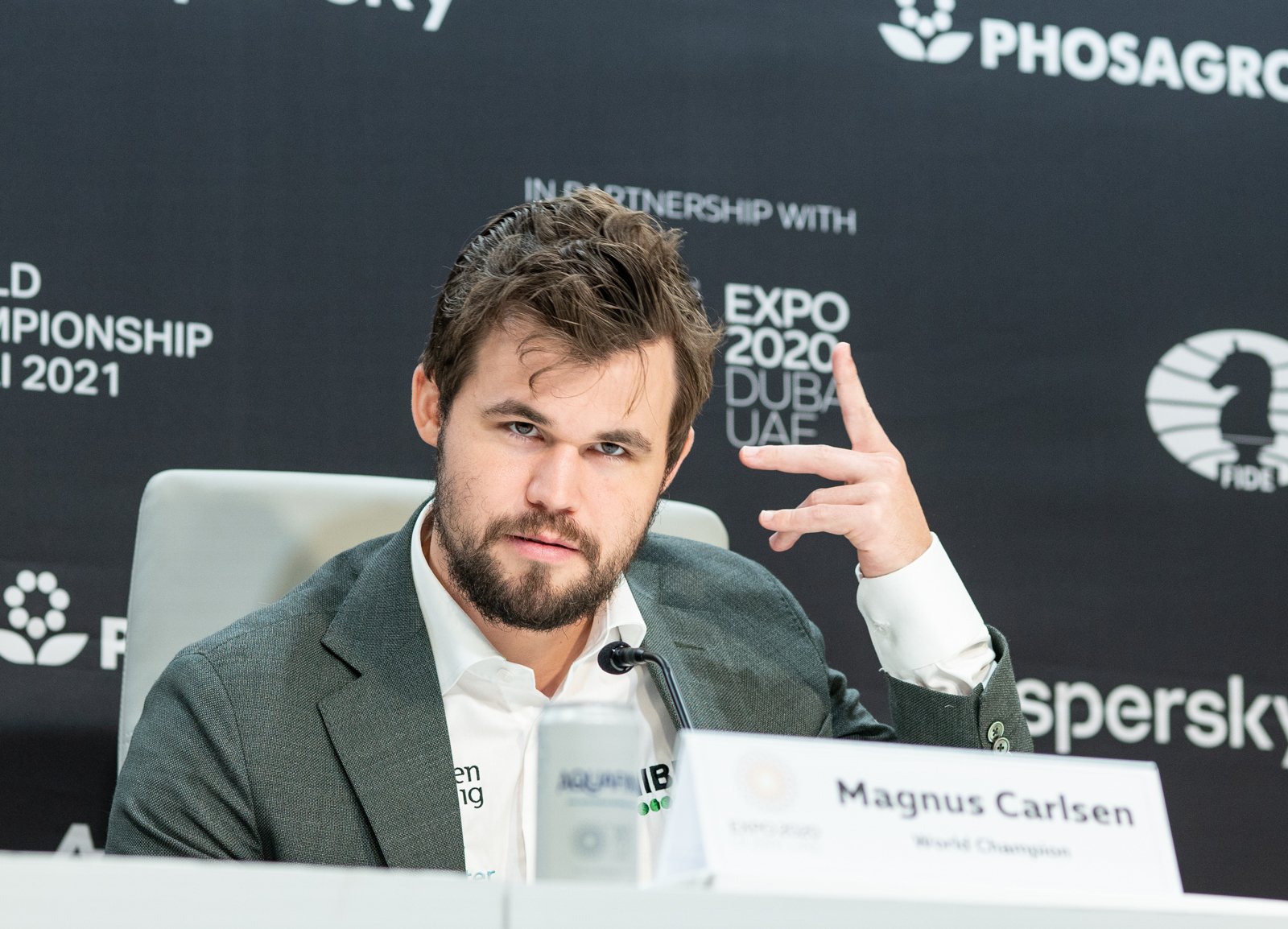 The predictions of several fans and experts are starting to play out as Magnus Carlsen clinched another victory against his challenger. The Norwegian was backed to grab more wins against the once-beaten Russian who would have his morale diminished by the Game 6 loss. This time, the Mozart of chess spent far less time and moves to force his opponent to fly the white flag.

At this point, many have already written off Ian Nepomniachtchi in this match. That perception is not unreasonable though, as Magnus Carlsen holds the record for the longest unbeaten run in classical chess. This means that for Ian to win one game in this match would be huge, and to win two would be beyond extraordinary. To do a comeback, Ian has to recover from the losses, but for now, let’s place his latest loss under the magnifying glass.

In contrast to when Carlsen opened with 1.d4 to win in Game 6, he opted for 1.e4 in game 8. This might come as a relief to e4 players, as d4 players have incessantly bragged about the effectiveness of their opening since the Game 6 win. Carlsen continued with 2.Nf3 after Ian’s 1…e5 and once more, Ian went for the Petrov’s Defense, also known as the Russian Game.

The Petrov defense previously earned Nepo a draw in Game 4 but this time, Carlsen seemed to have made deep preparations. Rather than instantly capturing the Knight on e5 on move 3, Carlsen went with a different approach in 3.d4. Nepo captured the pawn with 3…Nxe4 and Carlsen also let his knight in on the action with 5.Nxe5. “I think he played maybe a bit inaccurately in the opening.”, Carlsen said as he walked out of the arena.

The game was already looking to be an open one at move 5, and the end game seemed to be coming faster than usual as the knights were off the board at move 8. 8…Bd6 saw a symmetrical position, and Black’s preference to attack White’s castled king rather than castle as well backfired. Stockfish continually evaluated White as slightly the better side, as the first mistake came at move 21.

Ian’s attempt to destabilize a powerful bishop in the a2-g8 diagonal was a bit too ambitious. His 21…b5? saw Carlsen take advantage of a fork and claimed a vital pawn advantage on move 23. On his b5 move, Nepo said, “After 21…b5, probably I didn’t defend in the best way.” The f7 square was becoming a growing weakness at this point and the game was looking lost for Nepo. Things continued to look worse for the DotA lover as he was forced to retreat his queen to the back rank with 23…Qd8.

To viewers, a +4.1 evaluation by Stockfish for Carlsen simply meant game over. Nepo’s first blunder of the game with 24…Rd6 saw Stockfish give Carlsen the huge advantage. It was probably an attempt to counterattack with a Rook-Queen battery on the d file. Stockfish’s evaluation and Nepo’s pawn population moved like a seesaw as the evaluation kept rising in favor of Carlsen as Nepo lost his pawns in the end game.

Carlsen was not going to sacrifice any pawn for the game. He would patiently protect his pawn as he took Ian’s pawns off the board. Some fans wondered how Magnus pulled off this brilliance. One fan said, “it’s like he had two turns at a go!” Nepo resigned when Carlsen was now three pawns up and looking undeniably set for the win.

The 46.Qf3 that invites a queen exchange was enough to make Ian throw in the towel and call it a game. 5-3 is how it stands with 6 games to go. Will we see the greatest comeback in chess history?